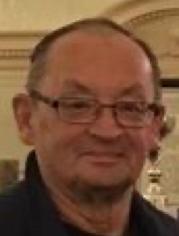 We lost a life member today in Michael Robinson.

Michael started playing football when he played for College Wanderers in the West Lancashire League. He was a very good tricky winger in his day. He played and was also secretary of the club until its demise.

He then joined the North Lancashire and District Football League Management Committee. He later became a life member of the league and served it with
great distinction for many years.

He had a brief break from football when he had to move to Kendal with his work.

On his return to Lancaster he again took up the reins as life-member. He was rewarded with a 50 years long service award by the Football Association for his service to football. He later took on the responsibility of sorting out the league's rules and made many trips to the Lancashire Football Association offices at Leyland to discuss any changes. He spent many hours at home going through the rules making sure they were correct before taking them to the Management Committee. He was a quiet unassuming person who was always in the background but was not afraid of putting the Management Committee right
with the rules if he thought they were wrong.

He will be sadly missed.

Monday 3rd October 2022 at Skerton Liberal Club 7.15 for 7.30pm PLEASE NOTE ALL CLUBS MUST BE REPRESENTED

North Lancashire and District Football League’s 101st Annual General Meeting will be held on Monday, June 27 th , 2022 at Skerton Liberal Club starting at 7-00pm for 7-30pm. ALL CLUBS MUST be represented at this meeting.