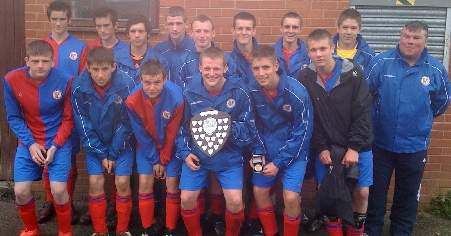 The U16 Reps team celebrating their win

Representative players from the Chester & District Junior League journeyed to Ruthin to take on the cream of the crop from Wrexham, Clwyd and Stockport Metro in the U12, U14 & U16 age groups.

Both the U12 and U14 squads finished fourth in their respective leagues but aquitted themselves well.

The U16 representatives were made up of players from the U15 age group giving up over a year in age to their opponents. Their standard of football was outstanding and in a closely contested first game they came from behind to draw 1-1 with Clwyd.

In their second game they tamed a strong Stockport Metro team and went on to win 3-2. In their final game against Wrexham they came up against a physical side but again were unphased. The Chester Players put in a great team effort to win 3-1 against the odds. Team manager, Karl Williamson said" I am so proud of these lads. It isn't just the fact that this is the first Chester Reps team to win this tournament in 10 years. It is the way in which they played that I find the most pleasing". 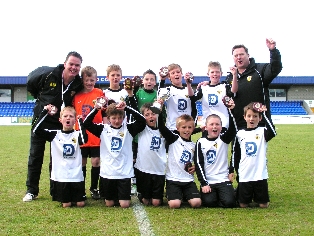 A few extra pictures of the weekend