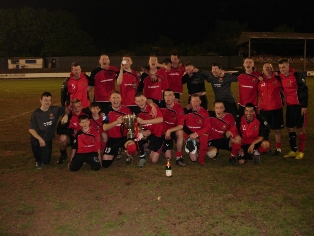 'In their first season in the Worcester League, Worcester Raiders have won the Phipps Cup after a 5-1 final success against Perrywood at St Georges Lane.

In a very even first half, Tom Eaton gave Wood the lead after 26 minutes with James Parkes equalising for Raiders shortly after. Raiders stepped up a gear after the interval and scored three times in a devastating nine minute period through Steve Jeffries (2) and Parkes.

Ryan Wilson pulled off some memorable saves in the Perrywood goal but could not prevent Parkes completing his hat-trick nine minutes from time as Raiders ran out comfortable winners .'