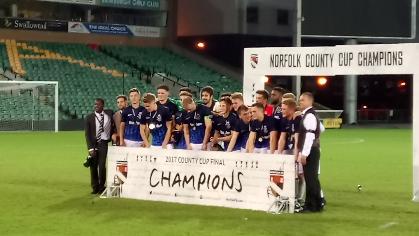 Congratulations to UEA on beating Runton Utd 4-0 to complete a treble, along with Div 2 & Cyril Ballyn Cup.