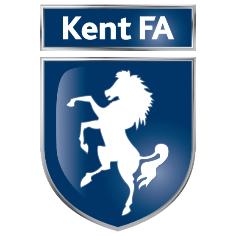 The draws for the fourth and final regional qualifying round draws for the three-tiered Kent Sunday Cup competitions were made at Kent FA headquarters this week as the 11 remaining Ashford & District Sunday Football League teams had their next opponents revealed.

The winners of each of the four regional fourth round ties progress to the countywide last-16 stage of the respective competitions and join 12 other teams from the three other regions (East Kent, North Kent and West Kent).

In the Kent Sunday Premier Cup, Market Hotel, who won the competition 20 years ago and remain the only team from Ashford to have ever lifted the trophy, face an away trip to Southborough to take on Sussex Sunday League Division One side Armada. Armada have reached the later stages of the competition on numerous occasions but have never progressed further than the quarter finals, and last summer made the brave decision to up sticks and leave the West Kent Sunday League for pastures new after 24 years.

There is an all-Division One clash in the fourth-round draw of the Kent Sunday Junior Cup as Egerton welcome Park Farm Rangers to Rock Hill Road. The two sides locked horns earlier this season with Egerton running out 6-2 winners, but since that fixture Park Farm have enjoyed a seven-game winning sequence that has seen them go top of the Division One table.

Tenterden remain one of the favourites in the hunt for county cup silverware this season and will face Mersham Sports Club Reserves in the Kent Sunday Junior Trophy fourth round. Ashford United Thirds travel to Maidstone League side Len Valley, who knocked out Division Three leaders Lydd Town Sunday in the previous round running out 1-0 winners in a tight game.

All ties are scheduled to be played on Sunday 12th December 2021.