County Cups Round Up 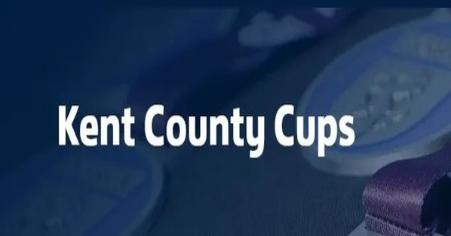 In the Kent Sunday Premier Cup, Market Hotel and Ashford Genclik both reaffirmed the strength of the Ashford & District Sunday Football League Premier Division in reaching the semi finals of the competition.

Two goals apiece from Gary Lockyer and Ryan Philpott helped 2002 champions Market Hotel to an outstanding 5-0 away victory over Bells FC in Gillingham. Dale Horton added a fifth for Liam Smith's side while goalkeeper Louis Burton kept an important clean sheet, the shot stopper progressing to the semi finals for the first time personally after helping previous club AFC Locomotive to the last-eight three-years ago.

Premier Division rivals Ashford Genclik also progressed to the last-four as they returned from Herne Bay 2-0 winners over Rising Sun. After a goalless first half, a Dion Orris goal and an acrobatic overhead strike from defender Adam Phillips
was enough to see the 'Clik safely through, the first time two teams from Ashford have ever reached the semi finals of the competition, and now both sides await the draw on Friday afternoon.

Unfortunately for our other three teams who played yesterday it was the end of the road, but all three clubs can hold their heads up having reached this stage of the competition. In the Kent Sunday Junior Cup, goals from Adam Ghidaoui and Aaron Cook helped Cheriton AFC to a 2-1 half time lead at home to Range Rovers Sports, but a second half collapse allowed the visitors to run away with the game and Chris Jones' side eventually lost 5-2.

Troggs also crashed out at the quarter final stage losing 2-1 away at Hatcham Royals, Harry Stow getting on the score sheet for the Smarden side, while in the Kent Sunday Junior Trophy, the much-fancied Tenterden were narrowly beaten 4-3 at home by Foots Cray Lions Vets despite two goals from Charlie Sharp and one from striker Clark Woodcock.