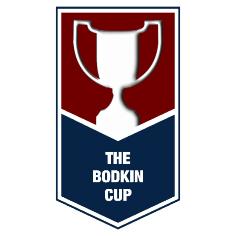 Holders Ashford Genclik could face fellow Premier Division opposition in the quarter finals of the Bodkin Challenge Cup after the draw for the last-eight of the competition was announced this evening. Genclik lifted the trophy last May beating Market Hotel 2-0 in the final at Homelands Stadium, and travel to either Aldington or Park Farm Rangers in this season’s quarter finals hoping for a victory to take another step closer to retaining their title.

Brewmaster High Halden, who last won the trophy back in 2010, have been handed an away trip to Division One side Red Heathens, while Folkestone Lions face a tricky visit to Division One highfliers and up specialists Shadoxhurst, who last season reached the semi-finals of the Kent Sunday Junior Trophy.

The line up for the fourth and final quarter final fixture is still to be confirmed as it contains the winners of two rearranged second round ties, as the winners of either Sellindge or Appledore, which was abandoned at half-time due to a waterlogged pitch two-weeks ago, will host one of Albion or Mersham Sports Club.