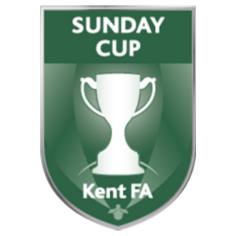 The four remaining Ashford & District Sunday League sides left in the Kent Sunday Junior Cup all managed to avoid one another as the draw for the countywide fifth round was announced on the Kent FA website at the weekend.

Park Farm Rangers have been handed a home tie against Orpington FC, who play in Division Two (fourth tier) of the highly competitive Orpington & Bromley Sunday League. Orpington have enjoyed a very stop-start season to date and currently sit in fifth place in their division and reached this stage of the competition with victories over Chislehurst, Dartford Eagles and Hayden Youth Association in previous rounds.

Cheriton are also at home in the fifth round and welcome local rivals The Bull from the Dover Sunday League to the Stadium. The two sides have met before in non-competitive friendly fixtures so will be familiar with each other, and on paper are both evenly matched with The Bull sitting mid-table in the Dover Sunday League First Division (second tier). The Bull have been good on their travels this season however, winning three of their four away league fixtures this term.

The Sheppey Sunday League First Division (first tier) are well represented in the fifth-round draw with four of their member teams still in the draw, two of which being paired against Ashford & District Sunday League sides. Troggs travel to third place Rose Inn, while Shadoxhurst, who reached the semi-finals of the Kent Sunday Junior Trophy last season, host current unbeaten league leaders Leysdown FC with a place in the quarter finals at stake for either club.