As agreed at the start of the season, u14 and u15 played each other once in the first part of the season. Based on those results, the divisions and matches for the second part have now been determined.

I have scheduled the matches for the u14 and 15 split divisions – called Pumas u15, Pumas u15 Blue, Panthers u14 Red, Panthers u14 Blue. Matches are scheduled between 5th March and 30th April, inclusive. The teams play each other once with the first half-season results not counting towards the final league positions and trophy award. As normal, goal difference doesn’t count, so where teams are level on points, the head-to-head result will determine the positions and, if that was drawn, the trophy shared.

As matches have been scheduled without regards to existing pitch allocations please check whether the new fixtures generate problems you cannot solve (eg with late and early KO times). If you need to move a match 12th Mar is the cup semi-finals and that’s a spare date if your team is no longer involved. 9th and 23rd April are in the Easter holidays but might be available for some teams. 7th, 14th and 21st May are available, subject to pitches being found.
Please agree any changes with your opposition and inform Graham, who will amend Full-Time. 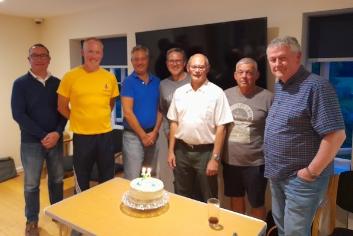 The 30th anniversary of the Chiltern Church Junior Football League was celebrated at the League's AGM on 13th June 2022.

Postponed matches have been rescheduled

The Tournament Finalists have now been determined.